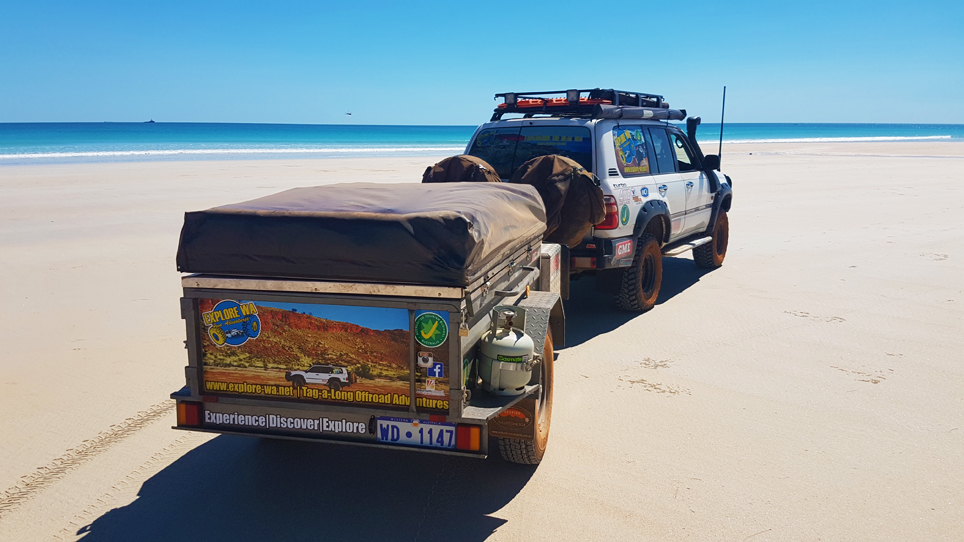 Recently we posted on our facebook page & got a heap of interaction with you about what way to go with an intercooler.

Your feedback & real life experience was huge in helping us decide what route to go for our lead tour vehicle in the lead up to our big tour calendar.

What way did we go? 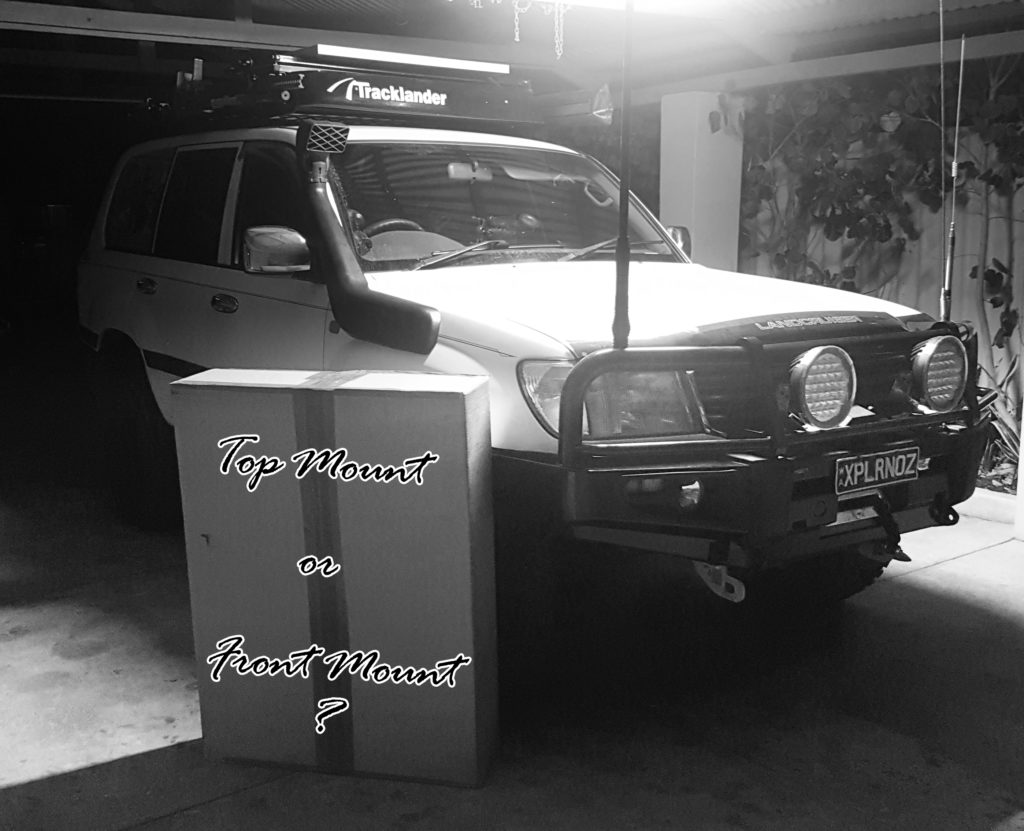 We got in touch with a few manufacturers & settled on a Cross Country Ultimate top mount FTE kit. 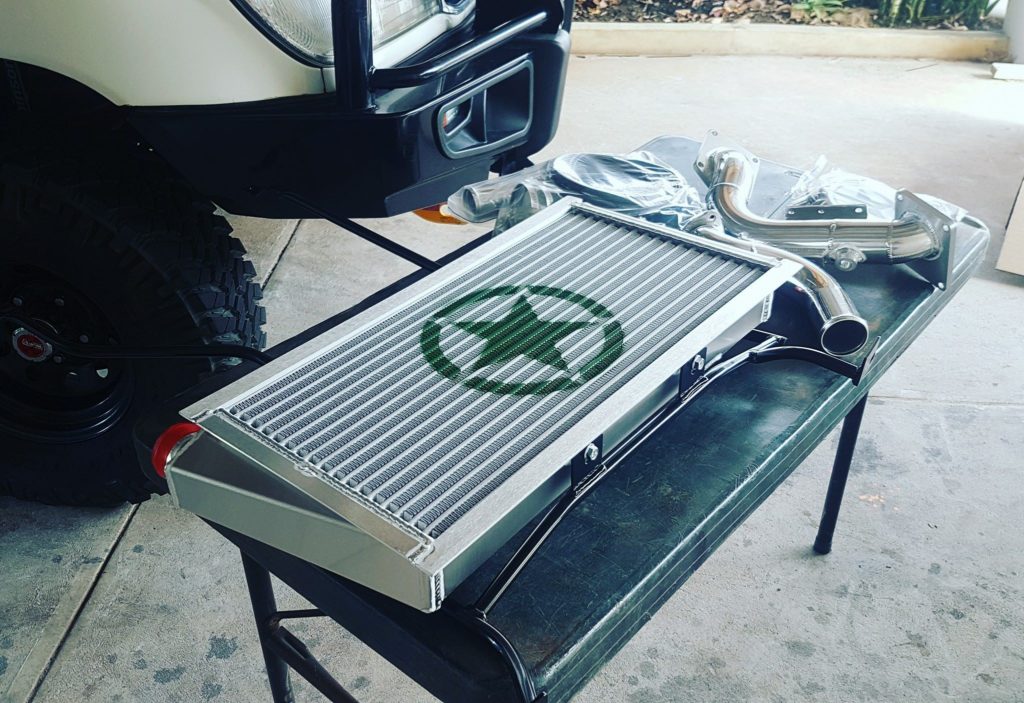 Why did we do it?

A few main points here.
Cross Country first & foremost were willing to listen to our needs, offer up their knowledge & didn’t once bag out another shop or manufacturer. We had a number of conversations with various businesses & ultimately the feeling was right & the product suited what we wanted from it.

But what did we want from it? Put simply we wanted a cooler to suit our needs & what we do. Not one that what would give pretty figures on the dyno.

Does the most efficient intercooler on the market tick all the boxes like engine bay access, serviceability & fitment? Do you really need max performance when crawling in low range as an average punter offroad? – No you don’t.

We also noticed a whole heap of you running Cross Country Intercoolers , specifically on your big Landcruisers & Patrols coming out of the woodwork. Every one of your experiences was positive. That was re assuring for us & went a long way to ultimately deciding upon which way to go.

Its worth noting, this intercooler kit is at the upper end of the intercooler pricing range for my particular vehicle. It does however have a number of replacement parts including remanufactured intake components & a bonnet scoop. There are options out there from Ebay coolers for a few hundred up to a few thousand & something to suit all budgets. 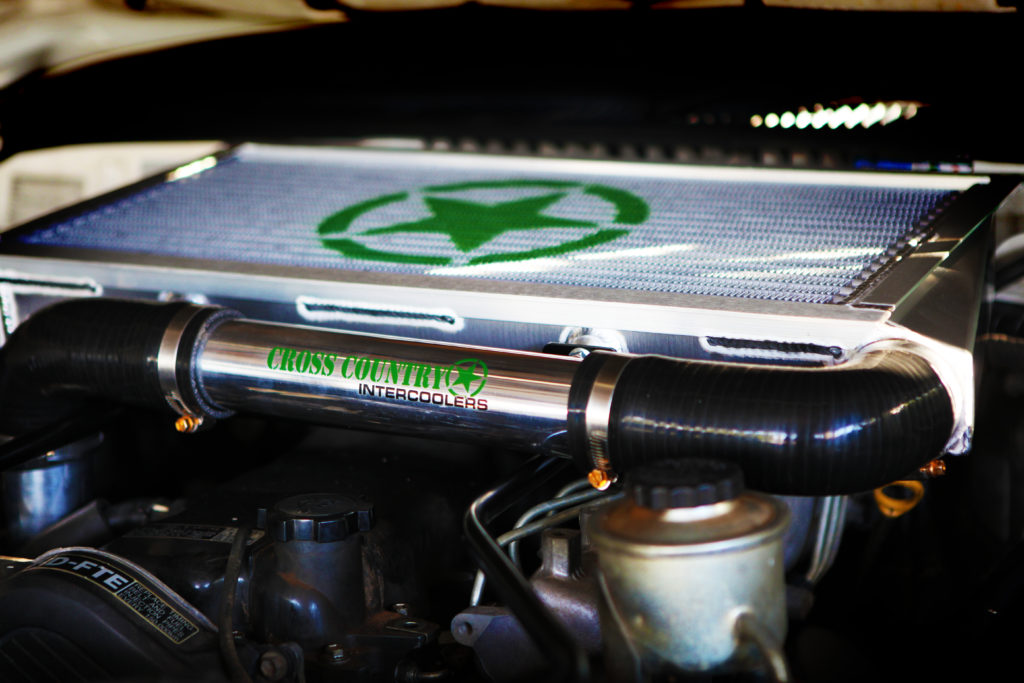 What suited us with the top mount vs front mount?

– Ease of Access to front of engine ( Belts/Alternator)
– Frontal impact damage. We travel a lot of KM, often at night on highways all over WA. Animal strikes are a real possibility & a front mount is more susceptible to damage.
– Early season Kimberley Trips mean we encounter a lot of spear grass, flowering spinifex & all sorts of weird & wonderful tall shooting grasses. Even with frontal protection you should see what gets in the front ( and everywhere else for that matter ). Top mount is more out the way.

The fitting process was relatively straight forward. Replacement components fit well. Instructions are supplied on CD. As our tour vehicle is a converted vehicle, some minor fitment issues with the replacement top turbo pipe & a low- side Air Con Pipe were causing conflict. Some gentle persuation of the A/C pipe allowed us in the end to achieve a sound fitment, but we will look to change this out with the correct pipe from a slightly different model as we may have stressed the fitting. In saying this, we actually did some research & found out what will work best depending on the specific vehicle conversion into a 105 series Landcruiser, so this feedback has been passed on to improve this specialty kit designed for this conversion to the team at Cross Country HQ. It is to be expected with all conversions that things wont necessarily be straight forward and top points to Cross Country for not only helping but listening too.

Removal of the metal rocker cover’s, cover ( no that’s not a typo ) is required with this kit. Some may modify this to retain the look. We took the opportunity to clean up the rocker cover itself & get it all shiny again. Wiring no longer in use has been tidied up out the way & secured. All other connections were refitted. Of particular note was the throttle body sensors now sit very close to the exhaust manifold. I put this question back to Cross Country HQ & will update. I think I will get some further heat shielding between the manifold shield & the wiring plugs to be on the safe side. **UPDATE** – I sourced a 120mmx120mm square of heat shield foam that now sits between the sensor, plug, wiring & exhaust manifold for additional protection. Cross Country are now considering adding this into their kits for this particular vehicle.

Securing the intercooler cradle in place uses existing bolts in the firewall & the front bolts go to the radiator support cross member which requires some drilling. A wiring loom runs under here & I actually wonder how many people have just gone in with tek screws and damaged it. I opted to use nut serts which now looks nice & clean. Removing the old Intercooler & piping for access gets all those pipes out of the way & opens up airflow at the front.

The scoop template was excellent, & before long I had everything marked, drilled out & ready to install. Touching up paintwork with a primer & replacement factory white touch up was completed but I will strip the bonnet off again & touch up a few extra areas – I simply ran out of time.

All fitted up, fastened & the new look growing on me very rapidly it was time to turn the key. Double checking everything I had a quick issue with a sensor but solved it soon there after. Throttle response is very much improved with the set up & it was a pleasure taking it for a drive. I immediately noticed EGT’s were way down.

Soon enough we were off at 4am on a 9 hour drive South & the Cooler performed really well on the highway. About 200 degrees working it hard on big hill stretches was evident. The gauge didn’t exceed 300 degrees at cruise speeds on the highway and most hills saw a petty 350 degrees if we were lucky. Impressed so far & deffinately a win over the standard cooler!

Here is a link to the video of our install, its first trip away & how we found it after the first week –

All is good in the hood for now, but in a month I’ll be hitting some of the harshest tracks in the Kimberley including the Canning Stock Route. Ill post another update on the units performance, anything I notice & how its all travelling when I’m out the bush in a few months time.

Cross Country looked after us with pricing in return for some honest reviews of their product not just in the immediate future, but in a few months in the thick of the action. We still payed a good amount for the privilege & will be honest in how it performs & meets our needs. 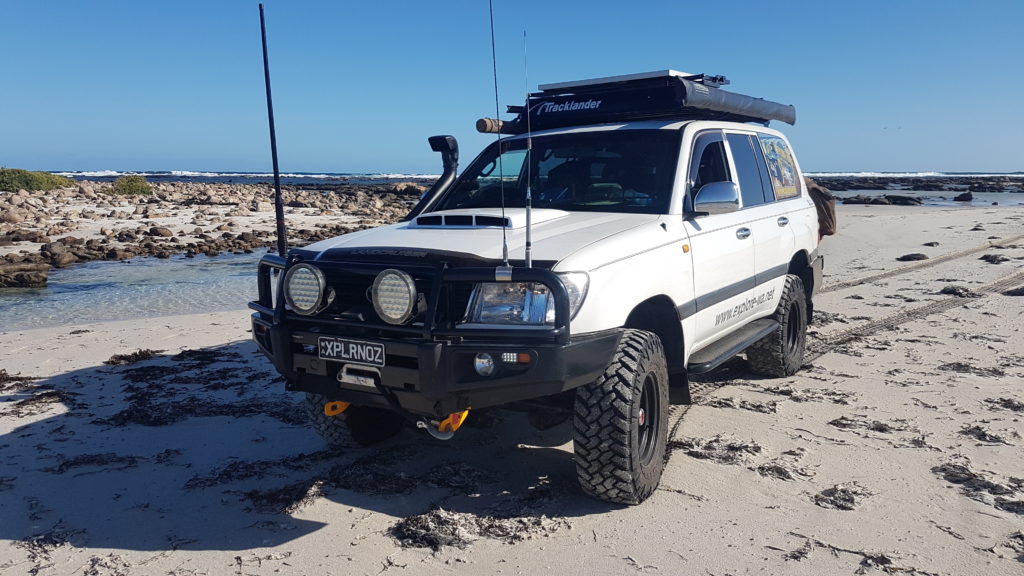