Communications are one of the most fundamental parts to the off-roading we do around Western Australia, Whether it be a 12 hour haul up the highway or long hours along the track in convoy.

Its important to keep in touch & a pre-requisite for people joining our adventures. We discuss everything from upcoming track conditions to the areas history & use our unit pretty much flat out all day. Through long stretches out bush & meeting so many like minded travellers it has also allowed me to see a lot of people with equipment fail, break down or simply not be up to the task.

Common issues we come across out bush-

-Broken Aerial; Sometimes people lose aerials over corrugations that separate from the stud & base on their bullbar or roof rack. I always check my own vehicle daily to see that they are tight. I also give them an extra 1/4 turn with a shifter to ensure they stay tight. You will also need to consider some constructions are better than others & a quality spring base should be high on your list. Don’t forget the mount nut on the underside of the bullbar.

Spring bases & fiberglass aerials are the only way to go for tough touring. Here our AM/FM & Highway CB Aerial sit on the bullbar – we have no issues with interference.

– Poor installation; Sometimes we have had issues where the nice new CB unit has been fitted up to guests vehicles poorly & subsequent routing of the coax cable leads to harm such as pinching, rub throughs or even cuts that affect the signal. Usually the first few days of the trip will be fine but these develop quickly out on the tough stuff. Running through the grill vs through the bonnet join is a much smarter idea & protecting the coax cable with split tubing is also another great way to help out.

– Bad connections; A lot of people think their system is working well overall until they have to put a bit of distance between the convoy on long dusty roads. I usually can work this out pretty quick & place people in our tour convoys based on the quality of their comms system. Unless you’re in that situation, a lot of people don’t realise how quickly degraded their signal is until they are out bush and in a situation where distance between communicating parties is amplified. One vehicle struggled for 500M range on our last Canning Stock Route Adventure while I could reach people who were 14km from our position at one point. Obviously factors such as the aerial specs, terrain & atmospheric conditions can affect this but its certainly something you should look out for. One of the most common “poor connections” is the aerial plug join to the coax that has been soldered poorly.

Our set up –
We run two GME two way radios

We choose to run 2 CB radios for the following reasons
– Ability to monitor Channel 40 while having the other two-way for a convoy channel
– 4.5DB & 6.5DB Aerials for varying terrain
– Redundancy should we experience an issue with one of our two way units. Comms is integral to what we do.

We have all our aerials mounted on heavy duty spring bases & they cop an absolute hammering. We changed the AM/FM aerial a few years ago so we could listen to the footy when out bush with one of GME’s whip aerials but quickly broke this as it wasn’t on a spring base. After talking with GME’s product development team, we found a spring base system that would work & I have not had to touch this aerial in 2 years! – We were listening to the AFL at stretch Lagoon near the Gibson Desert by the fire recently on the Canning Stock Route.

This set up has been spread across 2 vehicles for the past 5 or so years & worked flawlessly. With how much punishment the aerials receive sitting on the bulbar not only from corrugations, but pushing through the scrub even we are surprised they continue to hold up & provide perfect operation. Its a real testament to product quality.

Our tips with two way comms –

If your in the market for a new two way remember the install is as important as your two way unit. Even a top level consumer CB radio will perform poorly if it is not installed properly & mounting hardware such as spring bases and the like are not considered properly in your communication plan. You will also want to understand what sort of aerial will suit your intended driving. If you travel the Vic High Country regularly there are different aerials to suit your application over desert style landscape travel.

Cb communications have come a long way in recent years. Units are smarter, more feature packed and offer a host of modern improvements to compliment your adventures out bush. There is also a host of cheap and nasty entering the market as well as some very descent businesses committed to product development & innovation. It can become a jungle out there. Do some research and make an informed decision what ever way you go.

We have always run GME communications equipment on our vehicle & would not hesitate to recommend it. They have products & solutions for every traveller and offer local back up and support. Best of all their gear is tough & the benchmark for citizen band radio communications. I especially like the fact I can call them up with an issue such as the AM/FM aerial mentioned previously, have their local development team work a solution & a week later have a fix that’s solved the issue for good. 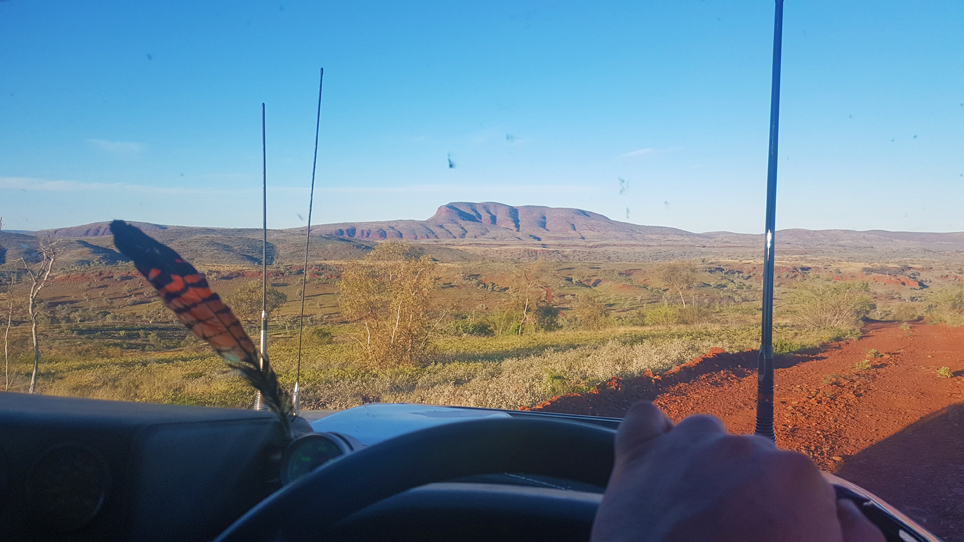