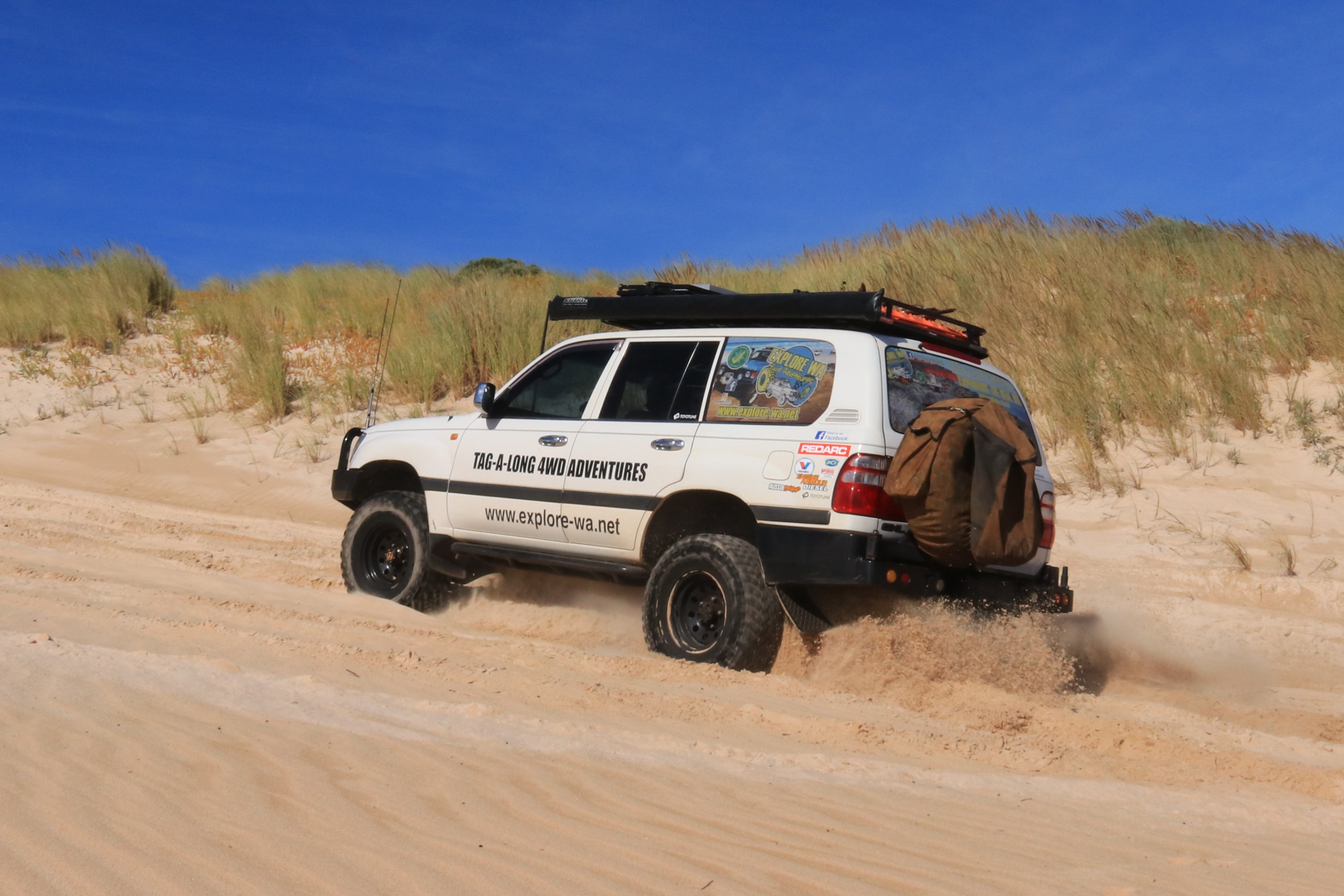 What does 18 months touring the country look like for a roof rack? 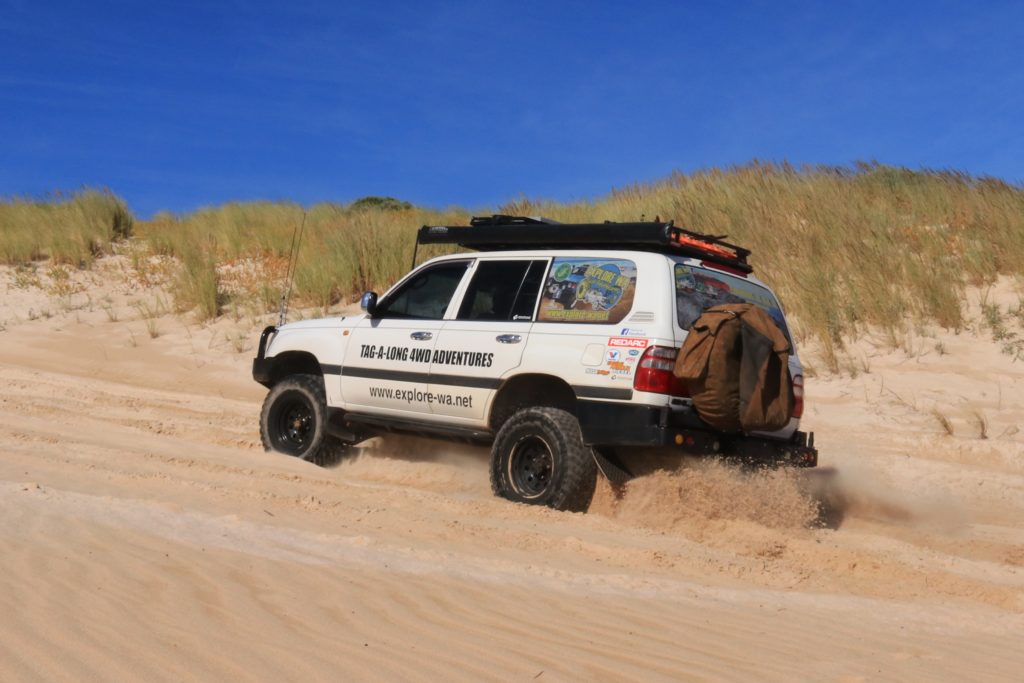 The best ever Roofrack? well we’re convinced that statement is wholeheartedly accurate.

After 18 months of traversing the country, what our rack has been through is more than most roof racks will see in their entire lifespan. Relentless corrugations of the Canning Stock Route, harsh trips throughout the Pilbara, pushing in tracks in the Kimberley, plus running around the Southern half of Western Australia on our Tagalong tours has put the Tracklander & its accessory range to the test.

Its one of those 4wd accessories that probably doesn’t get as much attention as it should. You fit them up, you use them, attach awnings, shower tents, spot lights and light bars and all sorts of other bits and pieces. They are a seriously important bit of your touring kit, allowing the versatility to store loads & accessories.

Over the years, there has been plenty of cheap racks flood the market, often leaving owners dissatisfied of the behemoth weight loads, poor design & rust stains marking their paint work. We’ve had them in the past too & it really is that much different when you move to a quality roof rack. 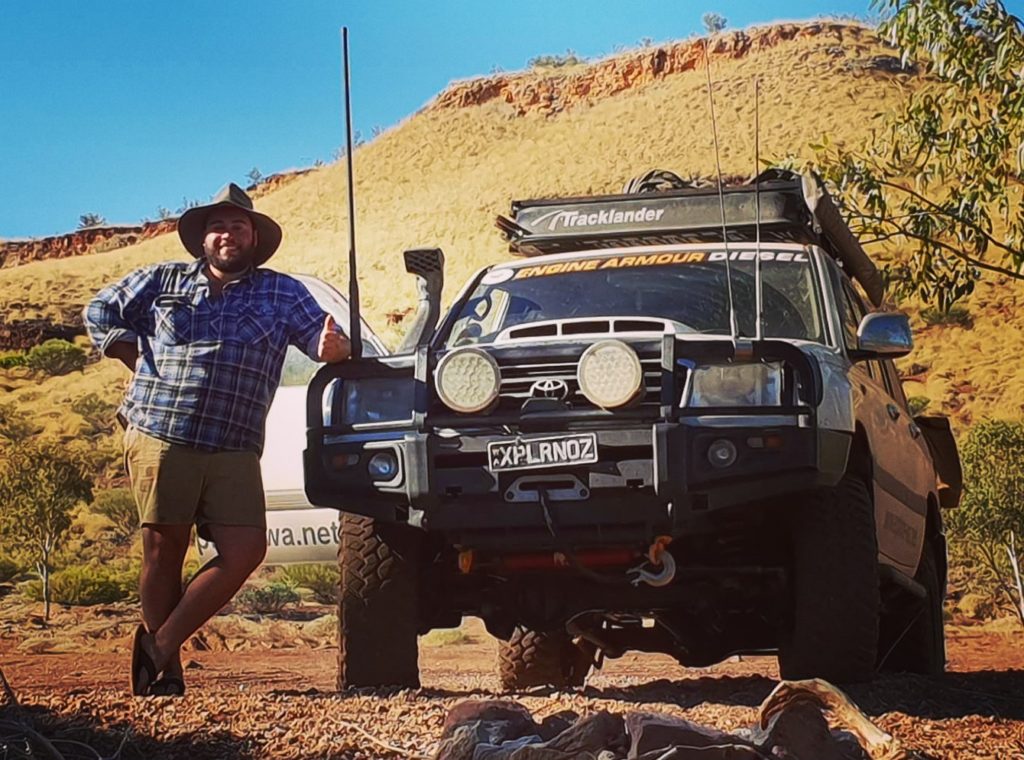 So hows it shaping up? Well, about as good as the day it went on – We havent had to tighten 1 fastener, have no corrosion concerns & apart from a healthy splattering of cooked on bugs on the wind deflector, it looks remarkably good all things considered.

Self inflicted damage, I have caught the awning & slightly bent a mount bracket, but have a replacement one to go on. I’ve also knocked off a chunk out of the universal mounting bracket handle  on a wayward overhanging branch – but believe me, if you have seen what’s  been done to it; its as good as gold.

A healthy amount of firewood has seen the roof ( infact, just found myself a few spare bits of Mulga that were hiding up under the solar panel tilt bracket – Score ) , and its testament to the quality of the coatings and finishes on these Roof Racks. A good scrub & it comes up like new. 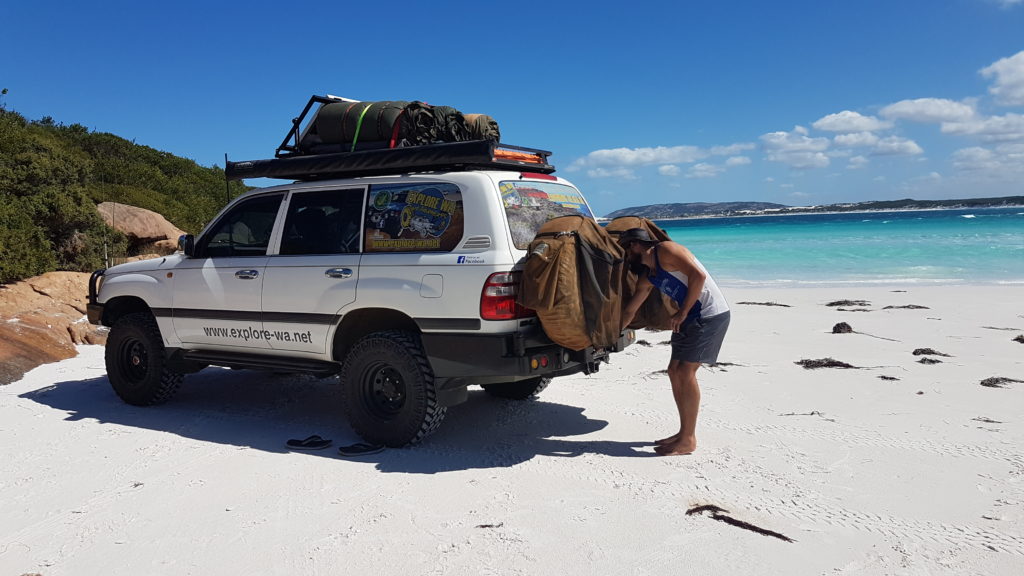 While on the subject of the solar panel tilt bracket, its been about my only gripe with the rack itself. Luckily I voiced some of my concerns with the constraints of panel sizes being able to be used with the tilt bracket itself, which would fowl up on certain size panels ( usually over 120W ). I’ve also noticed this is the only accessory that created a noise on the rack. With so many moving parts, over time these ease up slightly and give way to annoying rattles on certain terrains. Luckily the team at Tracklander are always on the front foot with product development, so I’ll be getting one of their first prototypes for a new style bracket that addresses ALL of the points raised above. Excited to throw this one up before heading to Dirk Hartog Island in a few weeks. 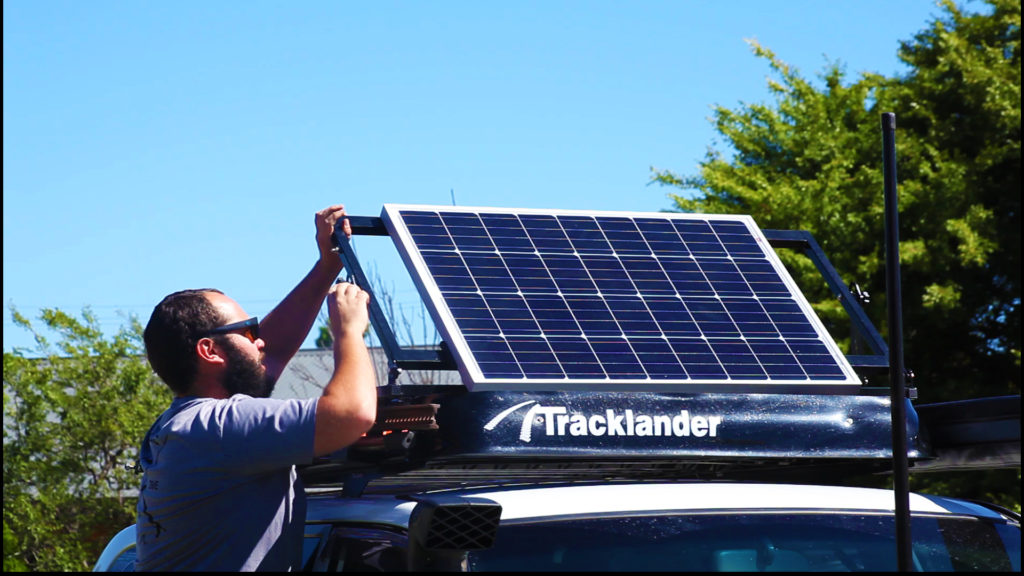 You would have seen above we run a number of accessories from Tracklander. We are thinking of changing up for some of our fishing requirements this season, but all of them have worked really well. The High lift Jack bracket is sturdy as, and the universal brackets while admittedly have sat empty for the best part of the 18 months, have been useful as anchor points & to tie of straps & ropes to. The fasteners are top notch too – Good quality, no rusting & no falling off.

Whats that saying?; Isn’t it nice when things…. just…. work.

Fully loaded in the far North Kimberley with a load of timber.

So what happens now? We’re kicking off our 2019 tour calendar season with some big trips and another grueling schedule of remote area travel. With the additon of  tube holder brackets & putting the high lift jack on the cage of the rack, our Tracklander Rack is ready for another round of flawless service as we head out bush.

We will update you again how its going at the end of the year.

To find out more about a Tracklander Roofrack visit online at https://www.tracklander.com.au/